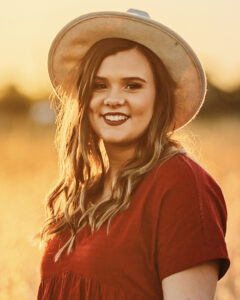 Each year, Lamar Electric Cooperative selects two high school students to attend the Government-in-Action Youth Tour. This is an all-expenses-paid tour of Washington, D.C., which includes visiting the U.S. Capitol and meeting members of Congress. This year Lamar Electric has selected two winners: Emily Newman and Emerson Penny. Newman is a senior at Prairiland High School and Penny is a sophomore at Prairiland High School. The students submitted an essay on the topic, “What would life be like without electricity?” Many essays were submitted and only two were selected for this all-expenses-paid trip to Washington D.C. 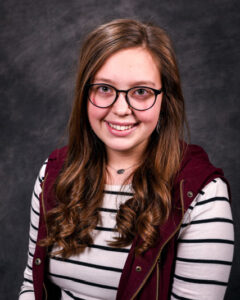 More about the Youth Tour:
The Government-in-Action Youth Tour was born from a speech given at the 1957 National Rural Electric Cooperative Association Annual Meeting by then-Sen. Lyndon B. Johnson. He was a longtime advocate of electric co-ops, having lobbied for the creation of Pedernales Electric Cooperative in 1937 as a young politician in Texas. “If one thing comes out of this meeting, it will be sending youngsters to the national capital where they can actually see what the flag stands for and represents the future,” Johnson said. With that encouragement, Texas electric co-ops began sending summer interns to work in the senator’s Washington, D.C., office. In 1958, an electric co-op in Iowa sponsored the first group of 34 young people on a week-long study tour of the nation’s capital. Later that same year, another busload came to Washington from Illinois. The idea grew, and other states sent busloads of students throughout the summer. By 1959, 130 students were sponsored by electric co-ops to visit Washington, D.C., and see their government in action. The program has steadily grown in popularity since its beginning 50 years ago.

The tour typically begins in Austin for Texas participants. From there, the group flies to Washington, D.C., where they meet with approximately 1,500 other students from across the nation. Once in Washington, the tour participants get to see and tour many historic places such as Mount Vernon and the U.S. Capitol, where they can visit with Texas Congressman, John Ratcliffe, and tour the House and Senate chambers. Also included on the tour are historic sites like the National Cathedral, Ford’s Theatre and the Smithsonian museums, the Washington Monument, FDR Memorial, Kennedy Center, Kennedy’s grave, the Tomb of the Unknown Soldier at Arlington Cemetery and Mount Vernon, as well as the Jefferson Memorial, Lincoln Memorial, Korean War Veterans Memorial and Vietnam Veterans Memorial. 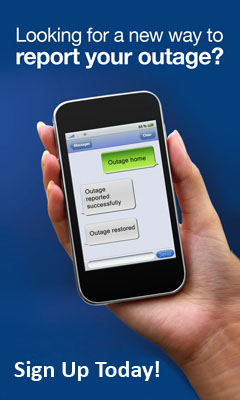